I've always been a little weird. 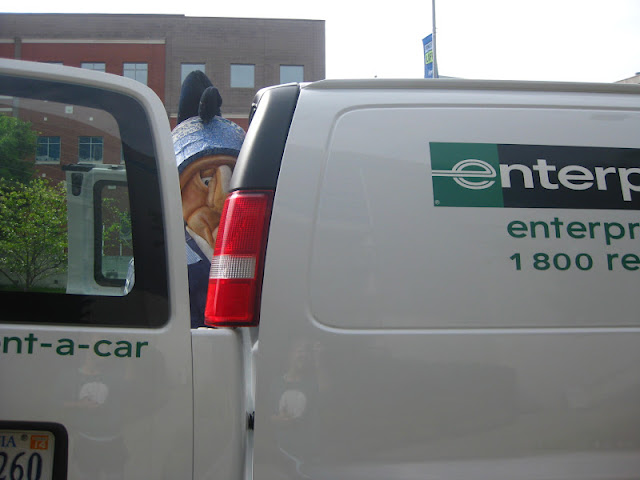 And what I mean by that is

I'm certain that isn't even the right definition.

But I learned as a child to do things differently.

Because my dad would say- HEY. THATS COOL.

and then. I would realize. Yes. Yes it is. 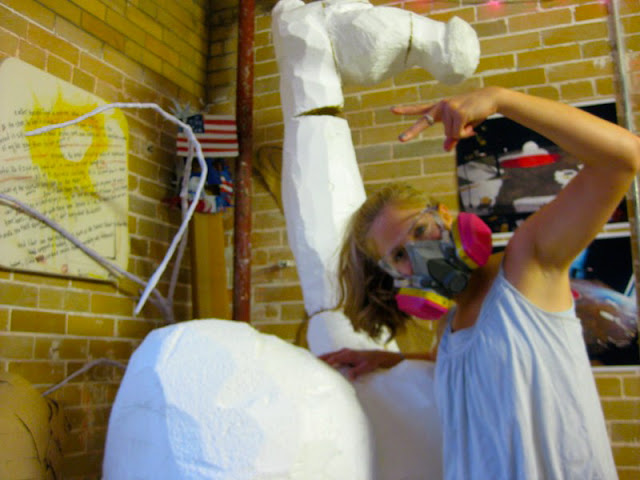 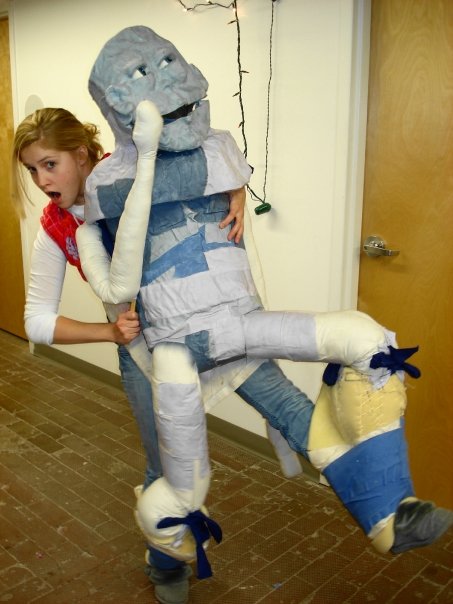 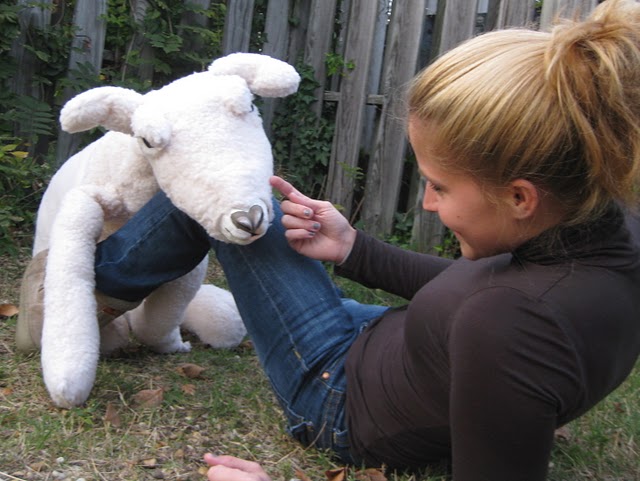 I have no idea still how I ended up making puppets. Except that I love to make things
and then more than that love to make creatures. and then when you love theater. you just want to

throw your creatures onto a stage. or in front of a camera. 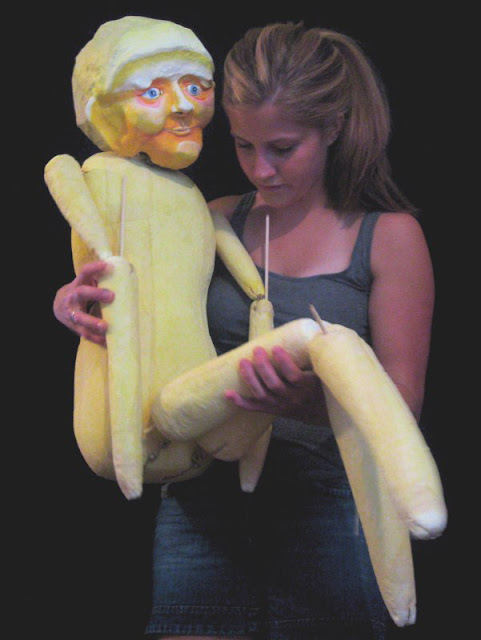 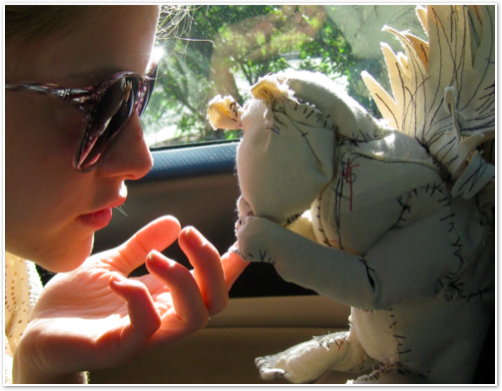 So theres the trajectory of my life until now.

I have a graph of it somewhere. 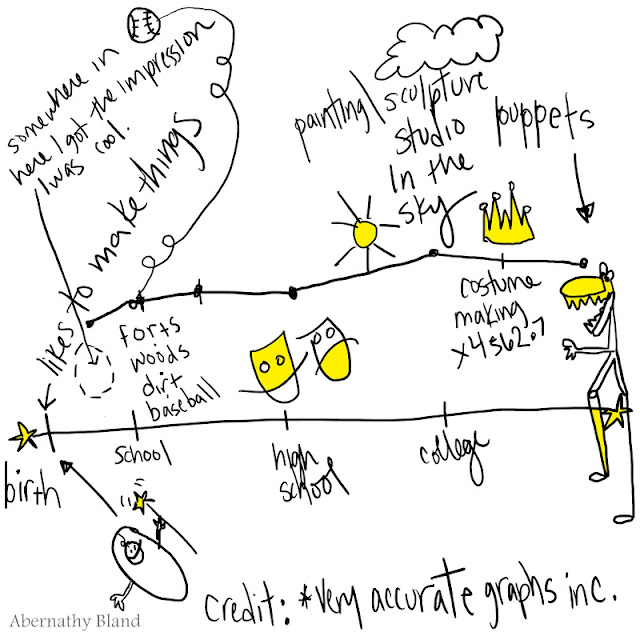 And. when you make creatures. they don't live forever.

THE MAN WHO STEALS YOUR IDEAS

was really a product of my concerns. and fear of failure.

I was in an office job by day and making work for theater at night.

But I thought... WAIT. do I have something that I just felt compelled to make?. and have I done anything big lately. Something that's metaphorically big. or magical?

and then I just started sewing upholstery foam together in my den. in slight desperation to make sure I was still the artist I wanted to be.

At the same time I started thinking about heroes and villains. and the fact that some people are just amazing dream builders and life supporters and overall GOOD. people.

And then some people are the worst kind. they just only see roadblocks and they worry a lot. and steal.

my friend/partner-in-sequins and I made peacock halloween costumes that won us 4 dinners in a row at a pizza place in Florida. and soon after there was a Barbie doll in our same exact Halloween get up. so we felt there was some sort of man out there stealing ideas from the poor.

and making Barbie millions. out of it.

I made my big giant sculpture into The Man Who Steals Your Ideas. 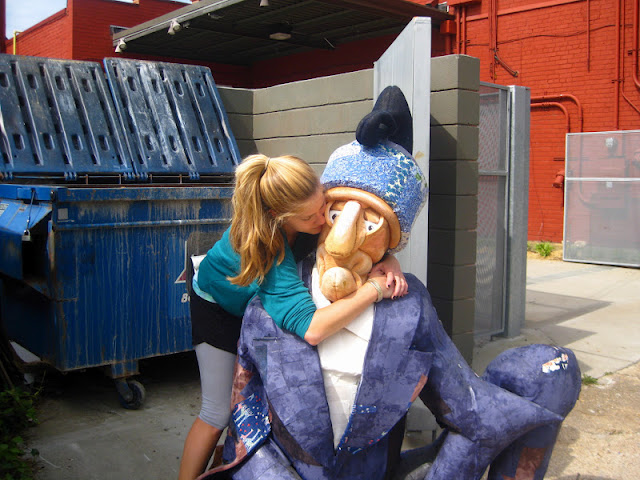 and although he was a villain.

I still loved him because when he reached the ceiling of our den. I got my 1st art studio.

But there is a time for everything. 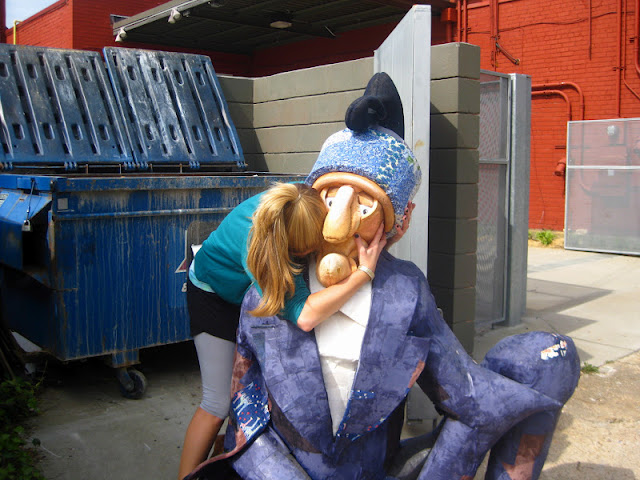 and knowing when that time is can be the worst/hardest.

(Not to be a nerd. but thats arguably George Washington's greatest contribution to the Presidency.

I say that because I love to learn about the Presidents. It's just one of those facts you would know about me if you saw my coffee mug. or 1600 Pennsylvania Ave T Shirt . or collection of Presidents books. )

But Anyways. Knowing when to leave. or let go. 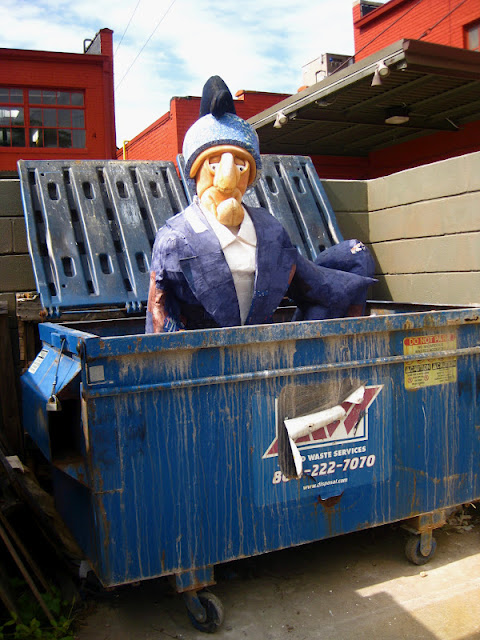 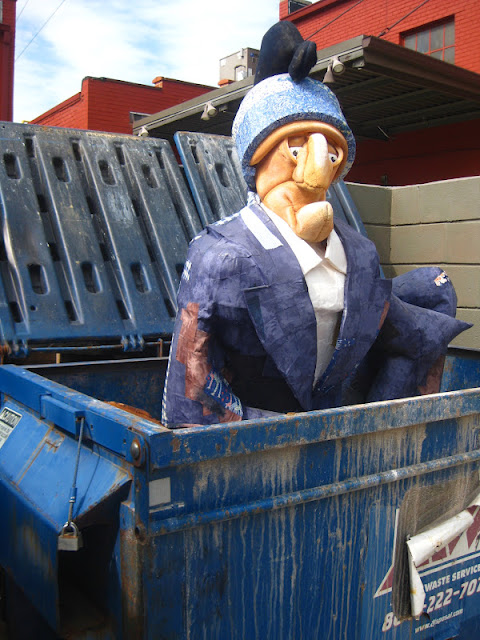 I usually do love the villains in my life. 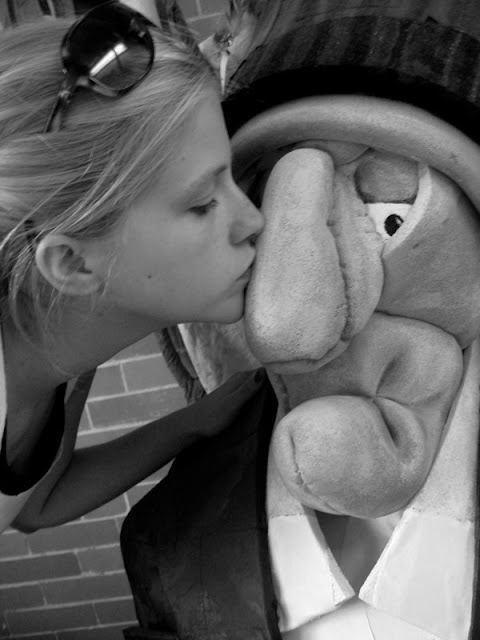 Because they are the reason I run.