Objects in this post are better than they appear. 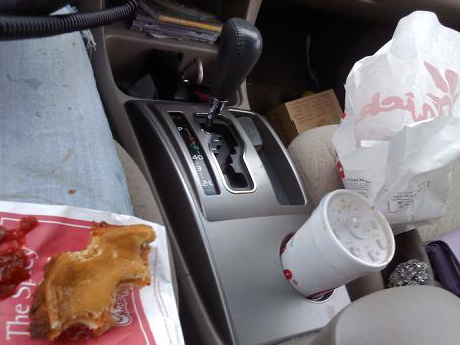 This picture above looks one of two ways

1- My life is out of control. I'm eating a Spicy Chicken Sandwich in the cab of my truck in the pouring rain because I was hauling tail on an art work day and realized I was starving when I thought... Hm. I'm lightheaded.

HAVE YOU HAD THAT SANDWICH.?. talk to me then.

Now. Onto some business.

In my immediate family, I have accomplices.

Ones that measure sleeping babies so I can make them Halloween costumes.

Ok so just one. One sister-in-law who texts me THIS picture.

Because she thinks it is the right thing to do. and in case I can't read the ruler well. She sends me a close up.

Seriously HEATHER. this was appreciated. 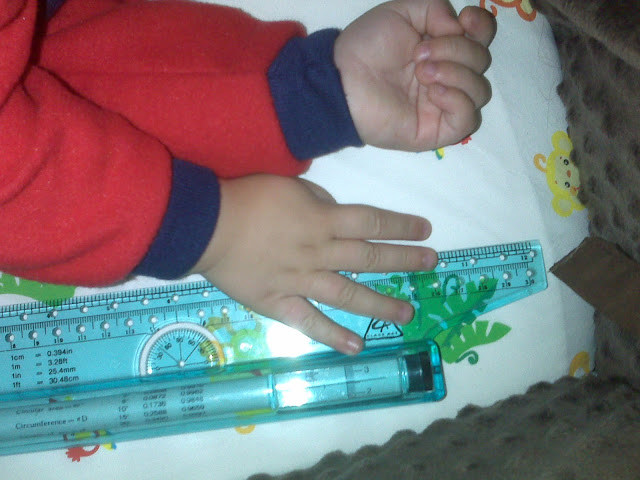 The little man has no clue he is going to be the highlight of October 31st.

I will show you the costume at a later date. When I have shots of him IN IT. and well...

Last year I made him into a Jack in the box. I won't tell you his name though.

This is his 2nd Halloween on the planet. and this one will maybe sort of likely be hilarious. 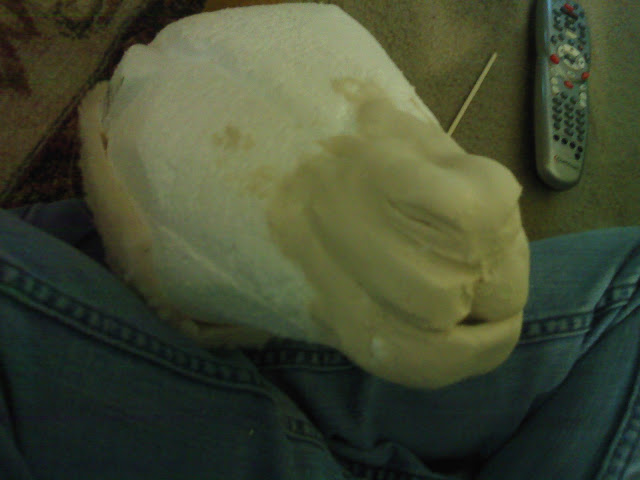 And. stay tuned to see if this lamb gets done.

It will. She needs to catch a flight and rehearse ASAP.

In addition- I was trying to spice up my time at my office job.

So, I asked the Microsoft Helper to appear. You know you can choose which one... you may remember this from 1997. the dog. the bouncing ball. THE WIZARD.

I just have to say. He did amazing things. I asked him to "animate." This is one of his features. When I asked him to do this, he gestured TOWARDS me. that was it. eerie.  I was so creeped but also loved it.

But by far. The best thing he does is when left alone with no attention- he just looks at his wand. then puts it away. or he crosses his hands and holds his little wrists. The small movements killed me. and completely entertained me all day. until.... well

When he started knocking his hand.... AT me.. I turned him off. yeah. he went too far at that point. that was taunting.  and only two times did I see him make magic. I think he was just annoyed that he was standing there all day.


I still recommend it for entertainment.
It's the little things.

Speaking of. I have to go make that mini costume.

Your Alice was awesome, but I'm dying to know what you made for Jack!!!