Sometimes I feel pressured to post on here.  It's dumb. but I think it's part of whatever force of nature causes me to build work and make creatures until I make it big and join the circus. 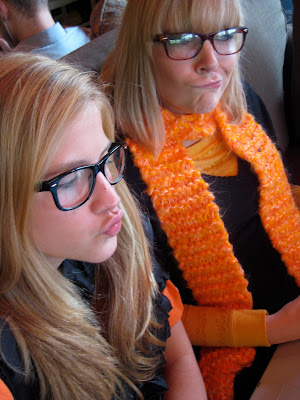 Must be that same force that doesn't let me feel comfortable eating wasabi peas on the couch.


Because, if there isn't a drawing in my lap I'm "wasting time." That same force gets me out of bed at 7am on my days out of the office and gets me in bed after 1am on my workdays.


I think I mainly feel obligated to support the 3 people who look on here to see if there is a new post. Thank you guys. Your checks are in the mail.


Or one bird with my rearview mirror.
It happened a couple weeks ago. it was awful. it was too close to my face. Think about it- you drive with your face right by that side mirror. and the bird clipped it. I watched his bod in his last moments. The sound was repulsively light. almost like a "tap."


Ew. vomit.  Did I lose anyone? that brings me to another point- If you start a blog you need to know that what NOT to say becomes a more time consuming thought than what TO say. Slowly but surely I am more detailed (cautiously). I think I have to be more detailed since I make puppets. ha. no really. I think I have to be.
Because- Look- the phrase "I make puppets" is creepy by nature.


But I am not creepy.


But I support creepy.
No- I support odd. Odd that is beautiful and specific.


Not the Odd that is completely off putting and lacking. 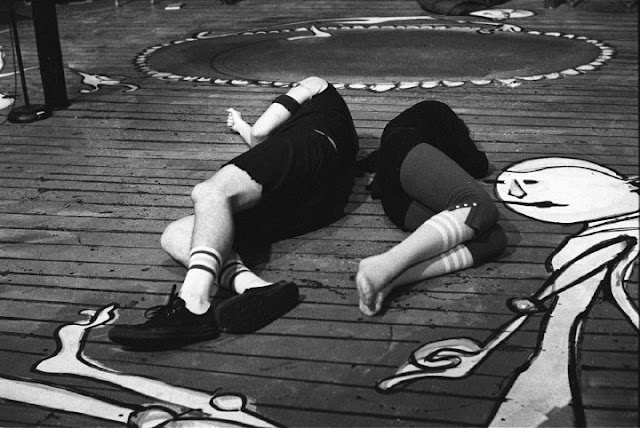 Photo by: Ari Douthit, Art Design/Floor Painting by: Abernathy Bland, Location: Ontological-Hysteric Theater, East Village, NYC, Show: Old Kent Road Theater's I Stand For Nothing
~~~~~~~~~~~~~~~~~~~~~~~~~~~
Also,
This is nice work. Beautiful song. Eerie. I know. but watch it all. then watch it again. and after that- when you hear the song in a coffee shop you are cooler than everyone else.
Click here for
The Curse
Song by Josh Ritter and
Video by Liam Hurley

That song reminds me of the attachment I have to the work I make. 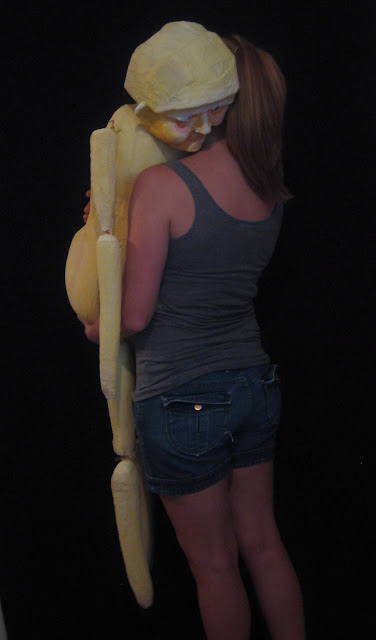 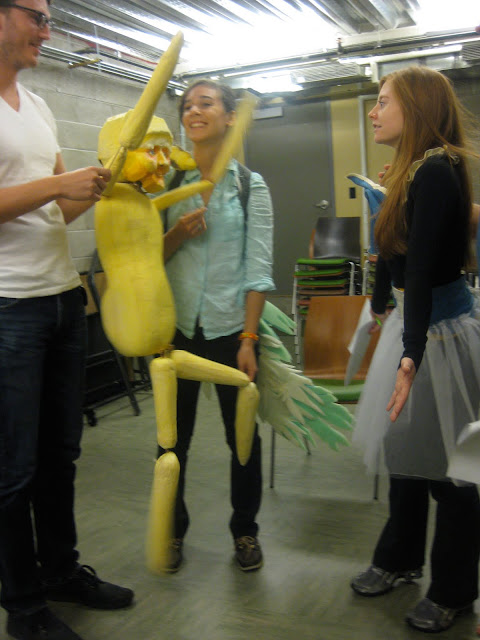 So my point is that details are important. If anything, they are important for the sheer fact that I have little creature limbs in my backpack sometimes and creature body parts in my truck.


And how will you know if I don't tell you? 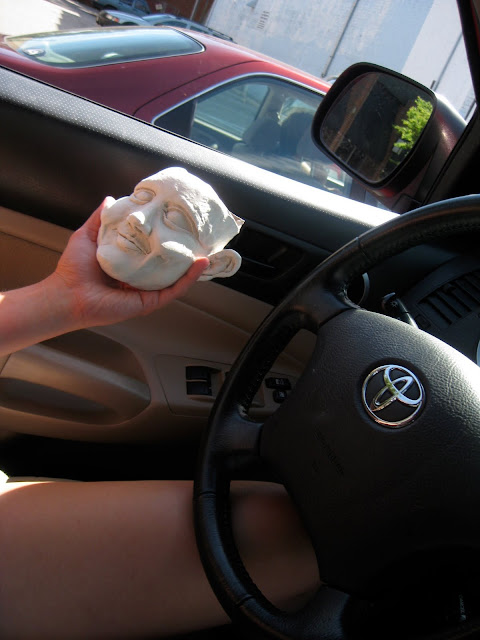 I had to bring a puppet head into work the other day... under my desk... so it wouldnt melt in the car. Can you imagine if there were a sudden search for drugs and a dog came by and smelled the bag and they had to just check and see what was in there... and there was a puppet head.
I would surely be brought in.
These are things that happen to me. and usually I am the only one who knows. unless I feel the need to make the facebook community aware.


So- Without making longer and lengthening out or stretching to the highest degree the delay.

My current to do list:
1. Make a logo for my favorite theater company. that I happen to work with.
2. Finish and figure out framing for The Carousel Series of marker and thread drawings. get these guys in coffee shops. make money. and get to Italy.
3. Prepare for MusicArtDrama Camp. soon and very soon.- lesson plans. get supplies. make sample projects. show kids that they are clever and love on new and returning campers.
4. Build masks for my collaborative California piece. with my fab choreographer friend in LA.
5. Prep a show proposal. For this town.
6. Blog post- Check.
~~~~~~~~~~~~~~~~~~~~~~~~~~~~

I love the people who send me emails and notes that they are following me on this little journey that could will. If I could, I would invite you all to a party and we would rent slip and slides and eat tons of watermelon. and then do karaoke later and limbo. and make smores. and capture the summer in jars. like lightning bugs. 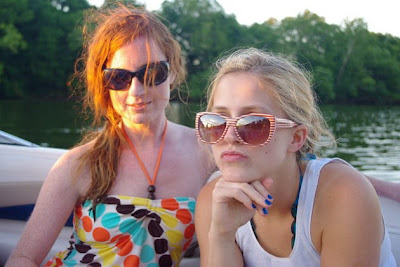